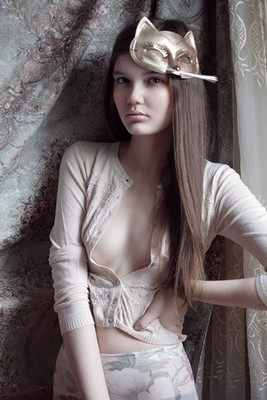 We are a fun couple who enjoy the outdoors socialising and anything for a good time and a laugh, with the occasional quiet nights at home, we would like to have a little fun with someone who can show us first timers a thing or two :0)must be fun out going & likes the adventure for enjoyable discrete timesfun and outgoing, not looking for anything serious just some fun encounters with some fun and outgoing girls young and attractive so come on girls. Oo to o2.

:). Well tall and like going out and talking to friends and like metting new frineds like going to night club going to movies. Nur zeit fur dich!

long story short... Met a girl six years ago, dated (hung out, never had sex) briefly with this mysterious bond as we use to call it. Spent most of our relationship on the phone and through email, because of distance between us. She wanted to get envolved, but I regretfully declined. She met someone else and moved away. She and I have never stopped talking either via email or phone(at least everyday since she left) Conversations were mostly about 'what if's' and her complaining that she is not happy nor in love with the guy she was living with. Five months ago, we both finally agreed to having fallen in love with each other and neither of us want to move on without giving each other and honest chance at a relationship. She informed me numerous times that she has no desire to be in her relationship anymore and wanted to find her own apartment. I never pushed her but only listened to her. Pretty much left the situation in her hands. Two weeks ago she told me she found and apartment... she loved me...was no longer in love with her boyfriend and has absolutely NO intentions of marrying him or spending anymore time with him. Two days afterwards she calls me to tell me she was going to attend a Retreat.... to find clarity and inner peace. The day after the retreat ended she sent me an email that she had an unbelievable experience finding God and Jesus. Words cannot explain... except for she had felt 'Reborn Again' ...and that she now wants to stay with her boyfriend AND has every intention of marrying him and spending the rest of her life with him. No remorse, no sincerity whatsoever. It took her three days for her just to call me on the phone and explain herself... all she really did was preach to me. Still no remorse nor sincerity. She says she is finally making the right decision in her life and has a clear mind.

Thank you Jacky. You are one of my most favored uploaders. Keep them coming.

It may have been more female centric in this thread, but there are plenty of apologists on this forum of both genders. The notion of "carrying it to the grave" is not a viable option anymore as no one seems to even have the backbone to do even that. They can't keep their own mouths shut, so why should they expect anyone else to?